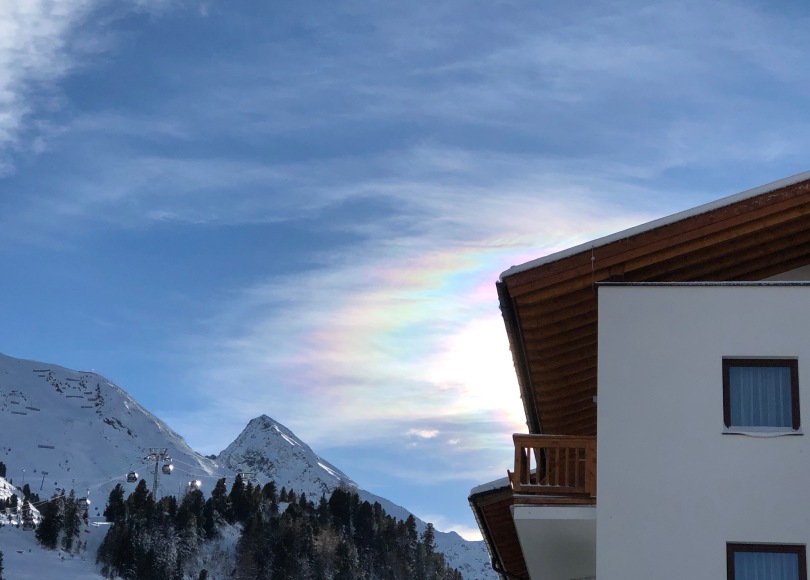 4th day in the Austrian Alps…

The clouds were thin and wispy again.  The air was crisp, still. That kind that makes you stand perfectly still, close your eyes and inhale deeply and long as you take in all the peacefulness that hugs you.

But what fed our sense of wonder that day was the scattered rainbow that circled the sun.  We didn’t know exactly what it was or how its called, but that day, we called it ‘a Christmas Rainbow’…

The kids and my hubby went snowboarding early that Christmas morning, the day after the storm.  I, on the other hand, took my time, walking slowly from the apartment to the ski mountain base, making several stops in between.

After lunch and before the boys went snowboarding again, they agreed to go for a walk near the river and see if we could take a few drone shots of the village.

My hubby managed to get AWESOME shots which inspired me create this video.  I hope you’d enjoy watching!

Here are a few more photos from that day:

We had a special Christmas fondue dinner at Hotel Edelweiss and Gurgl.  The food was good and the spread was better than we expected.  The wine was exceptional, special.  And I remember that we laughed a lot during that dinner.  The formal ambience of the restaurant did not prevent our kids from being their silly and talkative selves (especially tipsy Benjamin).  We remembered how different our Christmas was in the US a few years back (where we ate only porridge and left-over chicken 🙂 ),  but it was the same feeling of gratitude for the gift of family and togetherness.