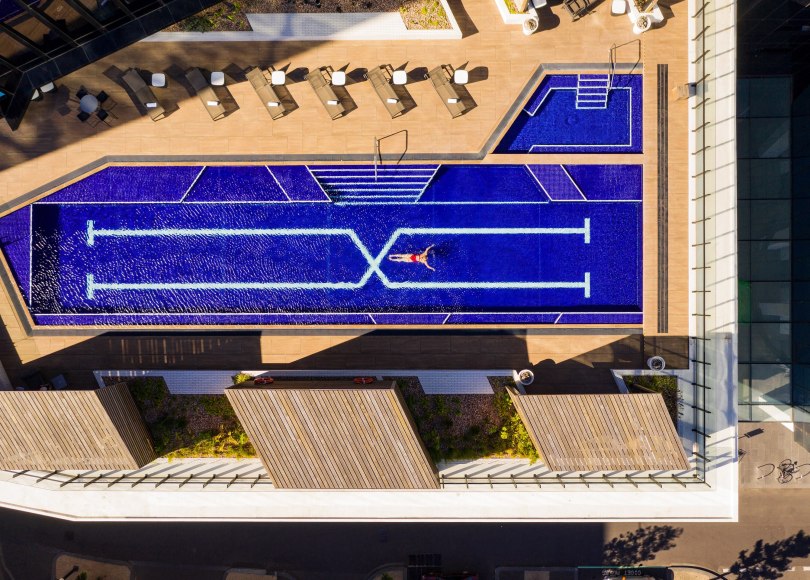 It was just less than a week before the Australian Open and we were still scrambling to find an accommodation in Melbourne. Initially we were just looking at high- to mid-range hotels around the CBD, South Wharf and Melbourne Park areas, but nada. Our visas and tickets to the tennis grand slam were all in place, but no room, not even at the prestigious Crown Towers where Roger Federer stays for the event.

When it became apparent that we would not find a room with our specifications in these areas, we expanded our search to include hotels and apartments in the vicinity of Docklands. It’s considered an inner suburb but really it’s just 2 kilometres away from the CBD. We said we’d take any accommodation as long as it was clean, modern and along the route of Tram 70, the train that goes directly to Rod Laver Arena.

Although it wasn’t in the league of Crown Towers, or Hilton Melbourne South Wharf (now Pan Pacific) where we stayed at previously and which we absolutely loved, Four Points met everything in our abbreviated criteria.

The first/last stop of Tram 70 was just in front of the hotel. It was built only in 2017 so it was practically brand new. And we are Marriot members. Perfect!

We wanted a 2 queen room, but it’s no longer available and we couldn’t afford to be choosy anymore. We got the king deluxe studio instead, and it turned out great.

Behind the hotel was the New Quay Promenade where you could find a number of restaurants. Joaquin and I had dinner there one time. Read here…

In front of the hotel was The District, an open-concept shopping mall where you could find an array of restaurants. We had a few meals there and went grocery shopping at Woolsworth, too. Joaquin has severe food allergies so having a few good choices of eating places and a grocery nearby was a plus.

So, would we recommend Four Points, Docklands to friends? Yes. And if hotels at South Wharf are again fully booked, we’d be happy to stay here again.

Cons: not walking distance to Australian Open, we had to take a taxi on 2 nights because there were no trams anymore

Here are the other blogs from our Australian Open 2020 trip:

Australian Open: What else is there for kids?

Endless Summer @rasasentosa
Looking forward to dining-in @mr.biryanihouse again
Same time last year...
Favourite mee sua dish in Singapore @yankeenoodlehouse
First time eating chicken satay @foodrepublicsg Not bad at all. But it’s the kueh pei tee, yum, that you should try! 😋
Traveling in our backyard 🚲
I think my brother would drool when he sees this! 😋
‘Wanton in special spicy sauce’ from Ban Mian & Fish Soup @greatworldsingapore foodcourt
First time eating Thosai... I loved it!
Our favourite 😋Ke Kou noodles is still from Nam Kee Handmade JP Pau, @ The Grandstand,Turf Club road.
Run free, my love.
What else is there for kids when you visit during the Australian Open?