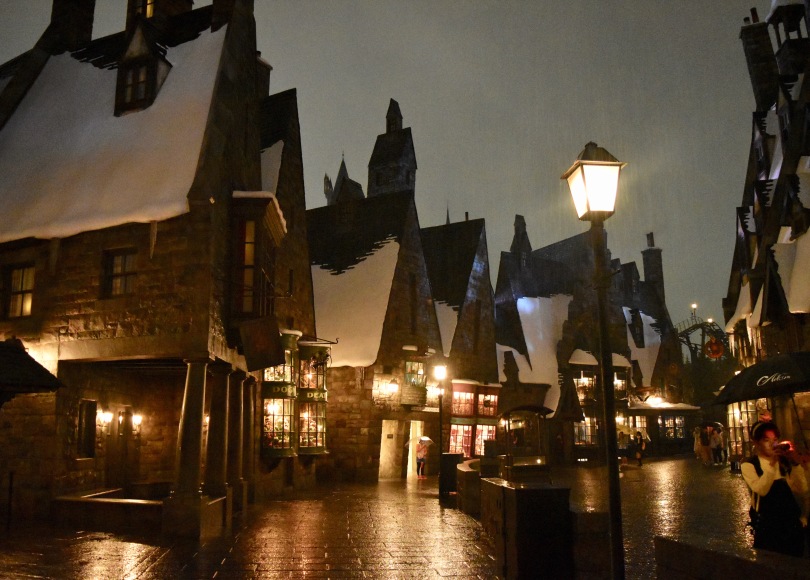 I don’t think our family will ever outgrow Harry Potter or theme parks, and I think it’s okay.

This is a super late post but I might as well do it to complete our Japan Summer Story of 2018.  Read along, I’ve shared some tips which helped us enjoy our visits to The Wizarding World of Harry Potter in Universal Studios Japan. 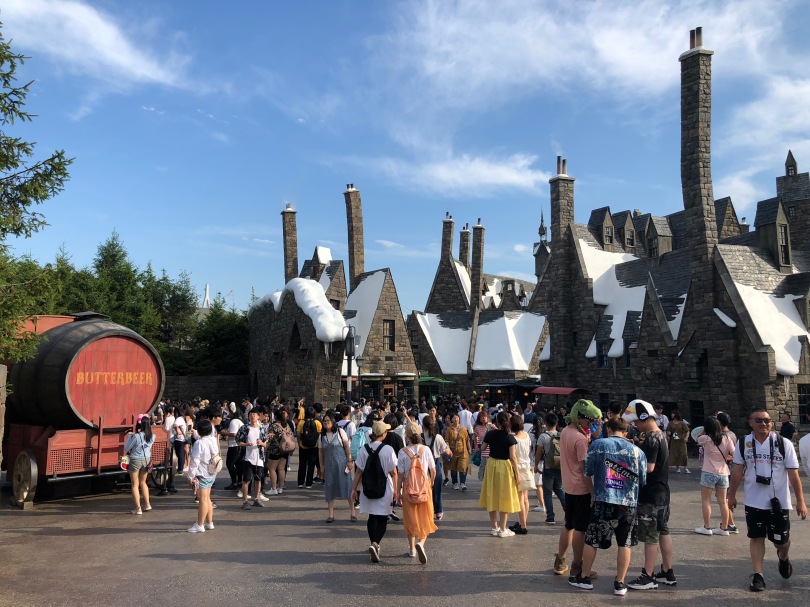 We only planned and bought tickets for 1 day because we wanted to do just The Wizarding World, but we enjoyed it and the rest of the park so much that we decided to go back for day 2.  The Wizarding World is notorious for being crowded and on peak periods they have timed entry.  I don’t think we went during peak season but we bought the USJ Express Passes anyway.  We didn’t wish to get stressed over getting the free timed entry or queuing up the entire day, it was our family’s holiday and we wanted to keep it relaxed.  We bought our tickets and passes for day 1 at JTB Singapore before we left for Japan and just at the park entrance for day 2.

Anyway, The Wizarding World can be reached easily by train, as I’m sure you already know.

Ron’s flying car was just at the park entrance and so we snapped some pictures there first. 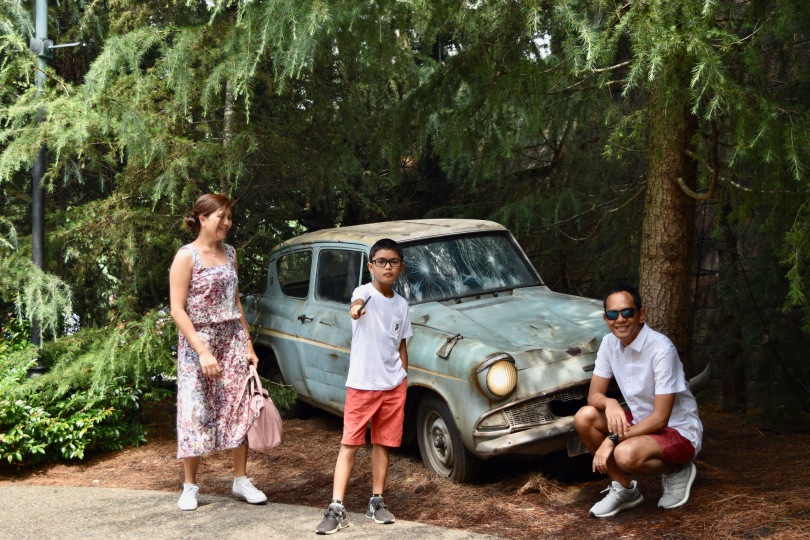 Speaking of pictures, we think the best spot in the park to take pictures of Hogwarts castle is in the alfresco area of Three Broomsticks tavern.

The Three Broomsticks is also the best place to get butterbeer.  It’s a full restaurant where we got our lunch, too.  We brought our food and butterbeer to the alfresco area where we slowly enjoyed our lunch while admiring the castle. 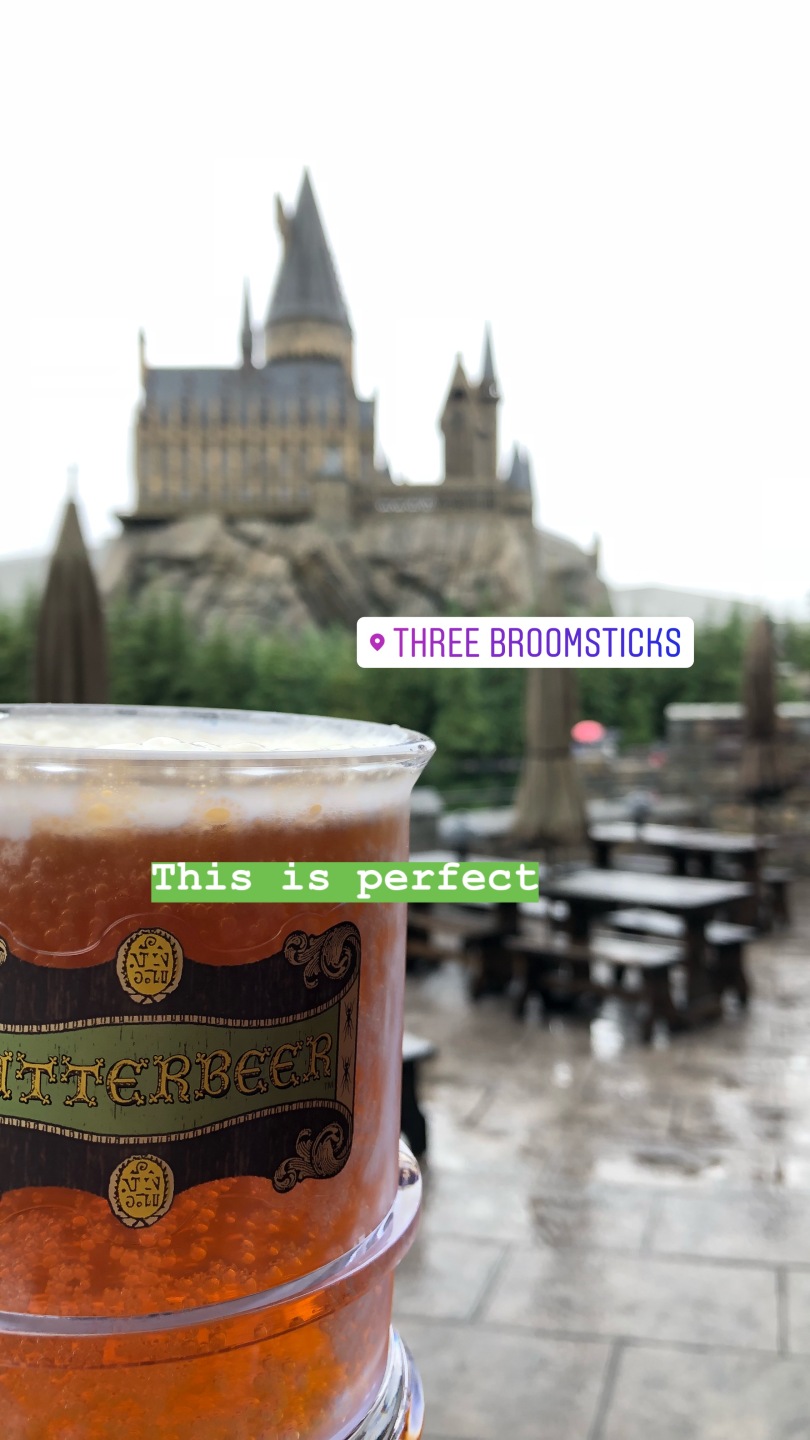 But before all these, we first headed to the most important ride in the park – ‘Harry Potter and the Forbidden Journey’.  We did this ride three (or was it four? hahah) times over those two days.  This was where our express passes became useful. We got to skip the queue.

And then there was the other ride, ‘Flight of the Hippogriff’, which our little one also enjoyed tremendously.

Ah yes, we got him a wand on day 1, before he toured the park!  And where best to get it but at Ollivanders, of course.  Since he was wearing his house robe that day, he was chosen to be ‘Harry’ in the Ollivanders wand show.  It was where Mr. Ollivander explained how the wand chooses the wizard and not the other way around.  If you’re a fan, don’t miss this!  You can watch my son’s wizarding video here.  Spoiler alert (!) it also contains some of the magic spells.

There were many types of wands in the shop but we bought the one which ‘can cast spells’!  It came with a map showing where our son can do magic within the park.  Every Harry Potter kid fan (just kids okay?) should try to do this.  This definitely made our son’s experience unforgettable.  Check out his video below.  Enjoy watching!

Ah, of course, Honeydukes!  Everything there reminded us of the books and the movies! Our favourites were Bertie Bott’s Every Flavour Beans, Exploding Bonbons and Droobles! Just writing about them excites me! 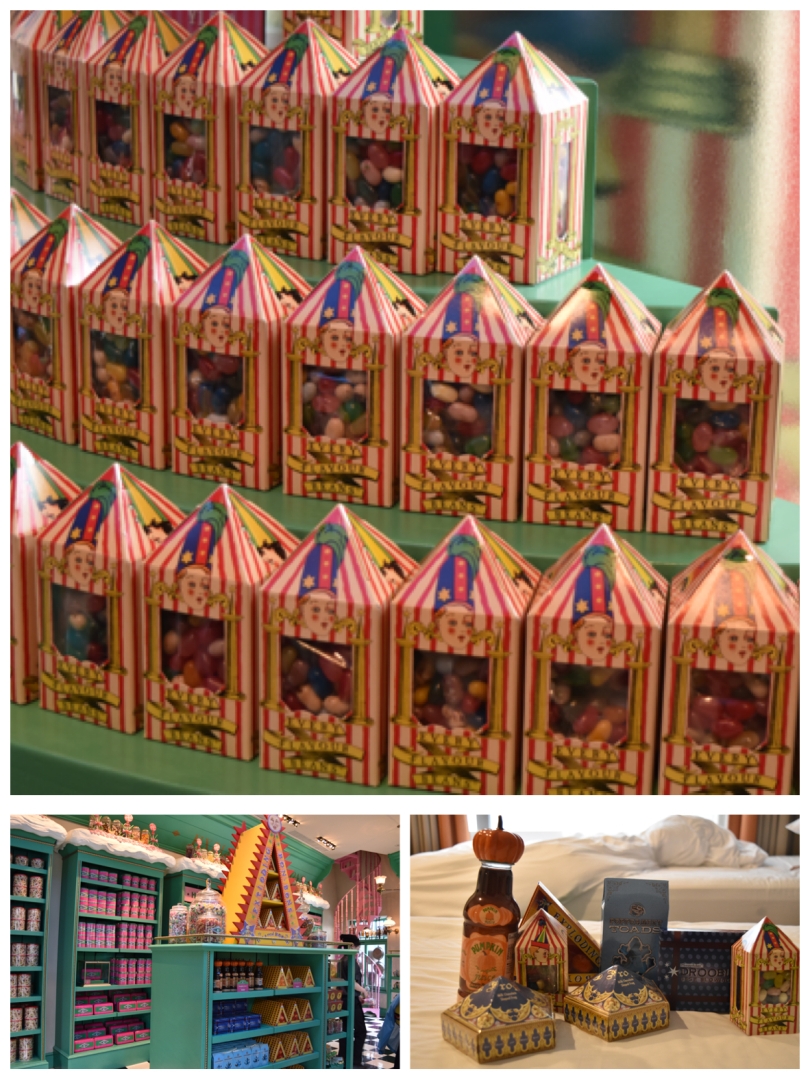 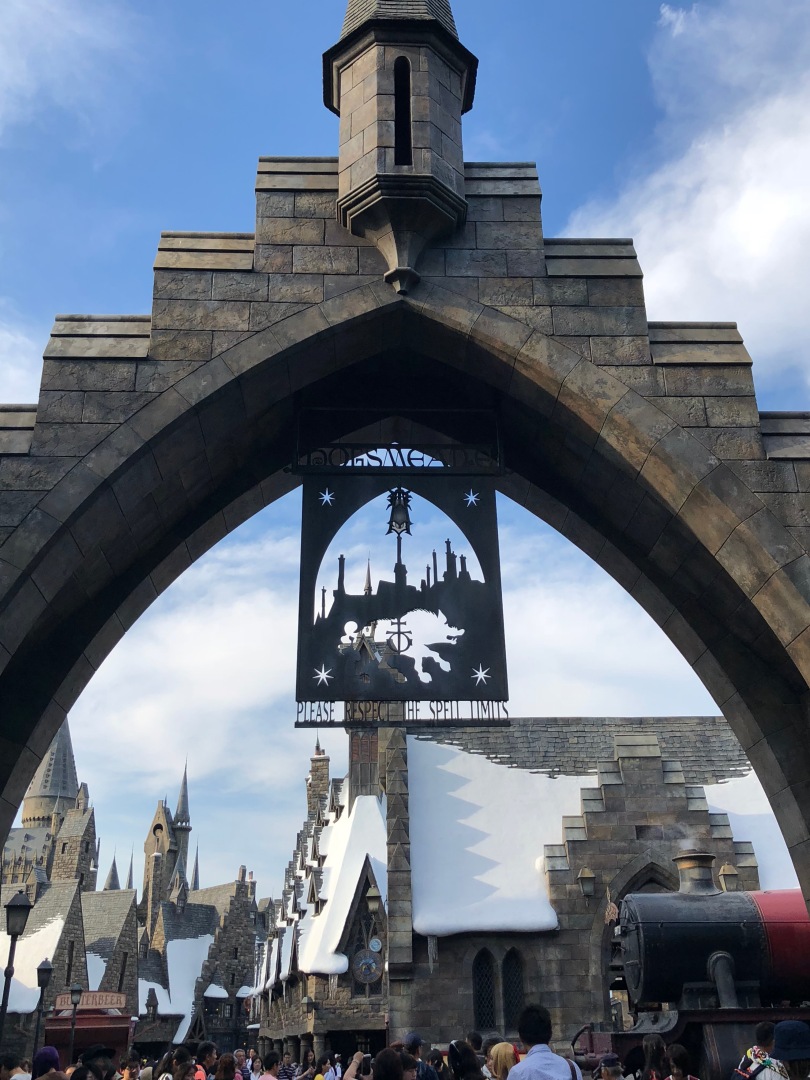 We enjoyed the food in the parks.  Try them, all of them! They’re high quality and really pretty – maybe because it’s Japan! Even their pasta, ribs and steak were good! 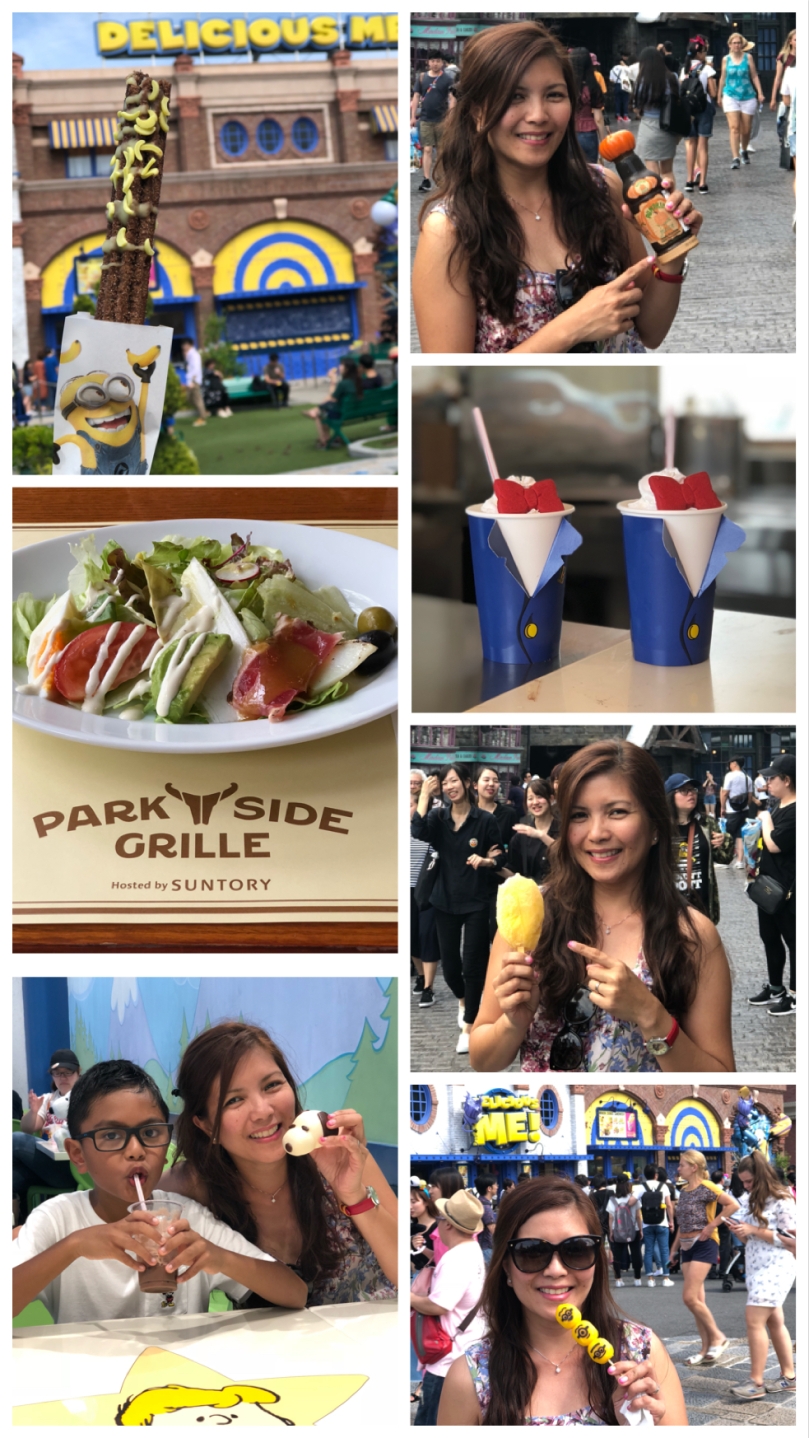 We did the other rides in the rest of the park, like Spiderman, which is a must-ride!  The Minions was also amusing.  I couldn’t remember now the other rides that we did but I’m sure we had fun doing all of them, oh except the spinning cupcakes where my husband and I got dizzy because the kids were spinning our cupcake so fast hahah… Like I said, I don’t think we will ever outgrow theme parks. 🙂 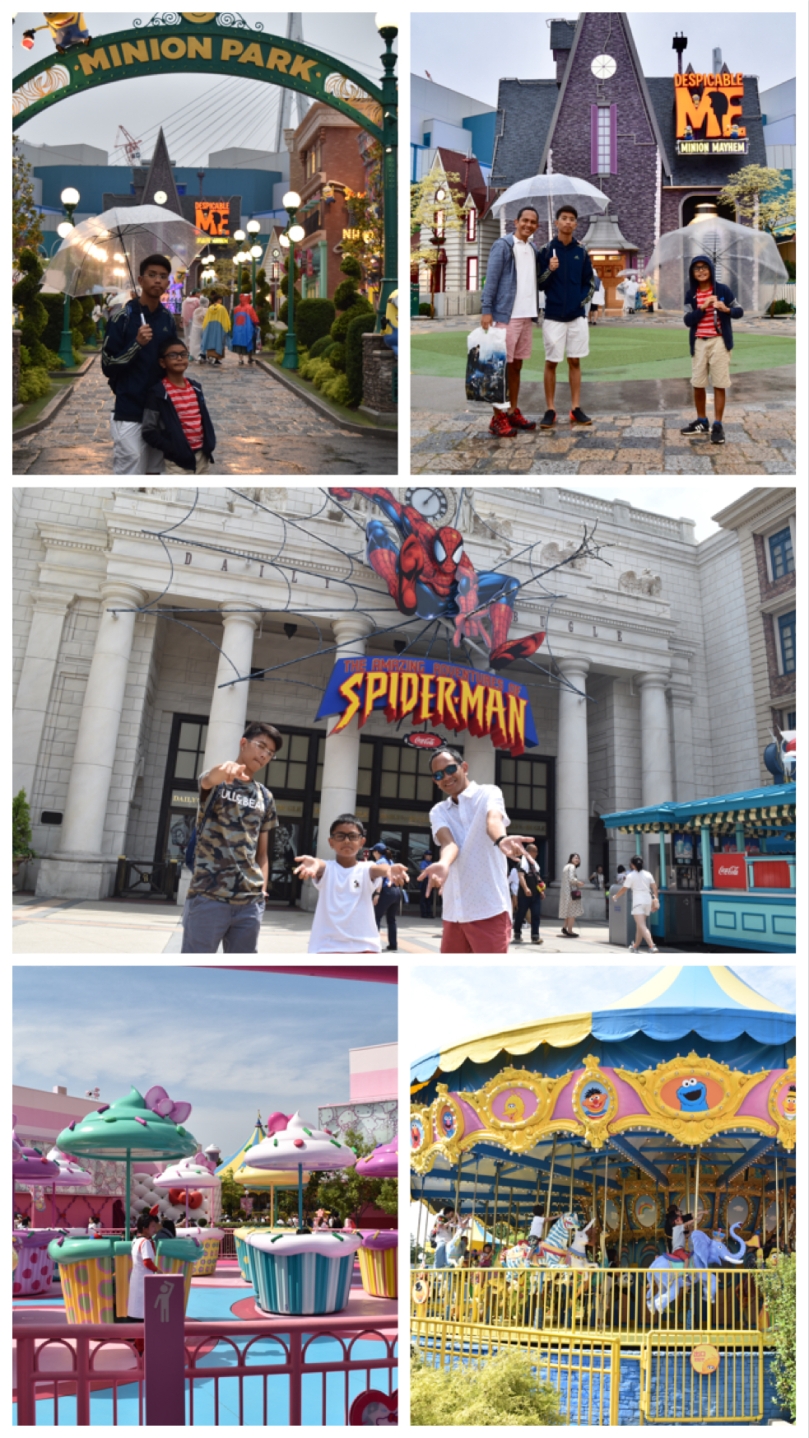 Here are the rest of our Japan Summer Story 2018: