My mother would be overjoyed when she finds out that her solo picture is on the ‘front page’ of my blog.  She would remember how thrilled she was when we told her that we are all going to Bohol.   She and my father have four children, that’s me and my 3 siblings.  We live in different parts of the globe and so having all their children in one place and spending a holiday together was for them, a dream come true.

Last summer, we visited the province of Bohol, in the Philippines.  The place is increasingly gaining popularity in the recent years because of its gorgeous snorkelling and diving spots.  But before all these, Bohol was synonymous to Chocolate Hills and the big-eyed tarsiers.

At 9am in the morning, we gathered at the resort lobby, excited about our land tour.  We arranged for a van with the resort the day before.  Usually the tour includes a visit to places like the old churches, the bee farm and even a buffet lunch while cruising on Loboc River.  Since we couldn’t do the buffet lunch because they serve fish (my little one has a severe allergy to fish and peanuts) and we wanted to take things slow for the benefit of our senior citizens (my parents, that is 🙂 ), we decided to do only the Chocolate Hills and the tarsiers.

From Panglao Island where the resort was located, the ride to Chocolate Hills was 1.5 hours long.   Along the way we saw interesting sights like this truck carrying a statue of a saint.  The Philippines is largely Catholic and it’s evident even on the roads.

In rural areas, away from the town centre, some roads are lined with banana trees.

As we go further inland we passed by Bohol’s man-made forest.  Tall mahogany trees lined both sides of the road forming a canopy and making this area an interesting Instagram spot for many.  Tourists stop to take pictures, most of them standing on the road itself. I can only assume that the local drivers are well aware of this hazard and would slow down.  We have kids with us and we did not want to take the risk, so we did not make the stop. 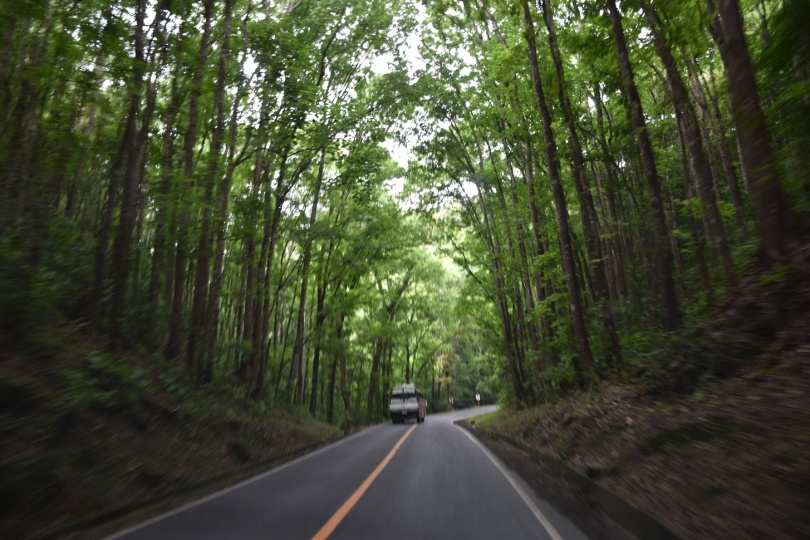 Very soon, we arrived at the town of Carmen where the Chocolate Hills Complex is located.   A viewing deck on top of one of the hills gives visitors a 360-degree view of the natural wonder.

My parents were at first apprehensive about climbing, but we soon realized that the three roofs by the stairs were sheltered seats for visitors who want to rest a bit.

After a bit of huffing and puffing trying to catch our breaths, we reached the viewing deck.  Wow! We were in the middle of it all.  The view was captivating.

There were hills after hills after hills, as far the eyes could see.   According to our van driver, there are more than 1200 of these seemingly identical, cone-shaped hills that are spread across a land area of over 50 square kilometres.  He said that some were damaged by the 7.2magnitude earthquake that rocked Bohol in 2013.

There is nothing man-made about these hills.  They are geological formations which according to UNESCO’s website were an ‘uplift of coral deposit and the result of the action of rainwater and erosion.”

In between the hills, some lands are cultivated for rice and other crops.  There are also trees, even forests, that surround the hills but you’ll notice that the hills are covered only in grass and ferns.  This reminded me very much of the tussock covered hills in Queenstown, New Zealand. 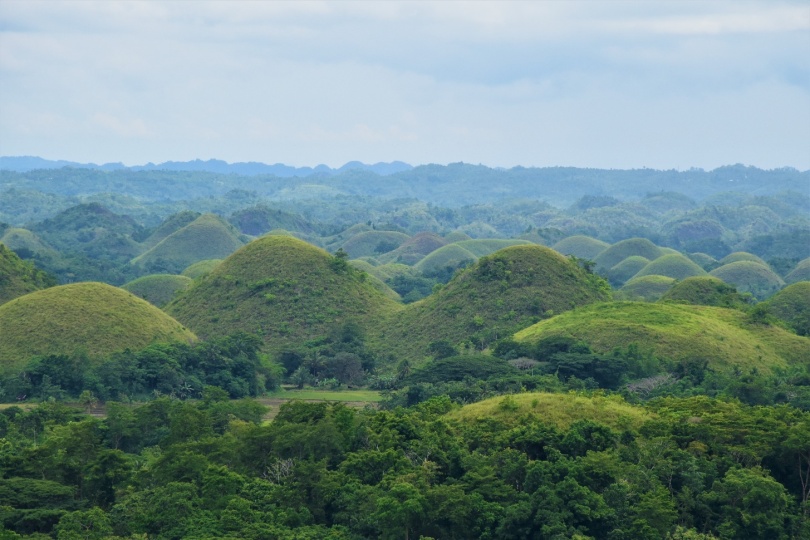 Now you might be wondering, why ‘chocolate’ hills when they are clearly green.  We visited in June when the hills have already received ample rainfall, hence the green grass.  But during the dry months, between November or December to May, the grass would turn chocolate brown. 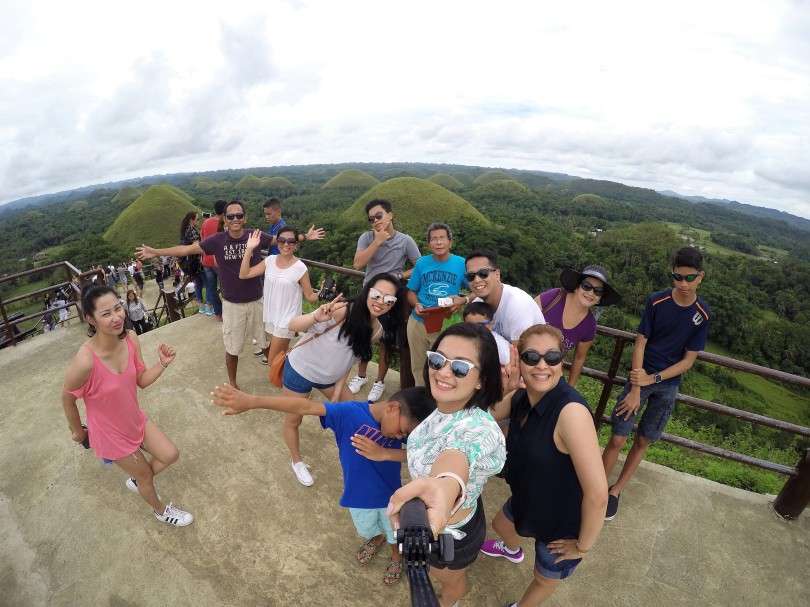 We also got to see tarsiers, the smallest primates in the world, but I cannot bring myself to talk much about it right now.  I was very much bothered when I found out while writing this blog that we might have gone to the wrong place for viewing tarsiers.

For those planning to see the tarsiers soon, please visit The Tarsier Sanctuary in Corella, the one that is run by the Philippine Tarsier Foundation, Inc.  Click here for their website.

For now I leave you with pictures of the cutest primates I’ve ever seen, the Philippine tarsiers.

Here is the video of our land tour. Hope you enjoy watching!

And if you missed the blog and video of our snorkelling and dolphin-watching, click here.