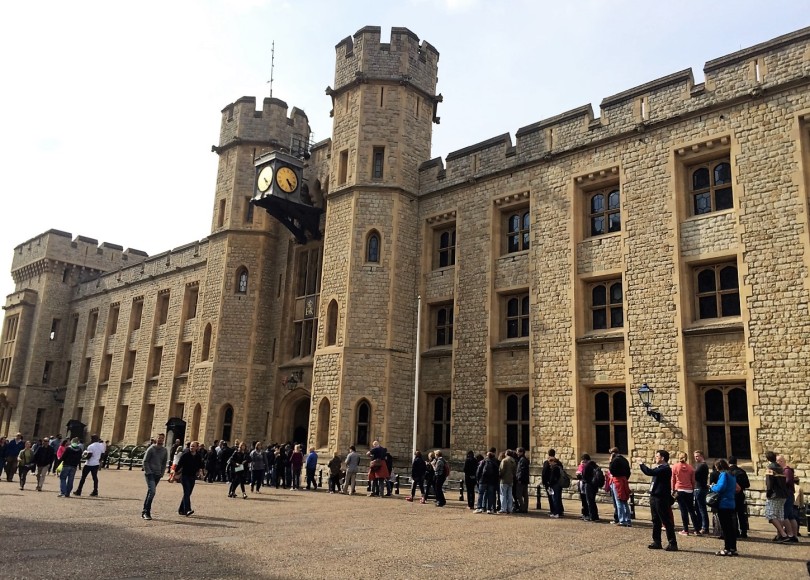 Do you remember William Thacker and Anna Scott and the apartment with the blue door where they fell in love? Oh yes! Notting Hill is one of my favourites too! It’s funny and sweet, and come on it’s Pretty Woman Julia Roberts and yes Hugh Grant too!

It’s Sunday, May 17 2015, our last day in London and we thought that probably it’s a good idea to spend our morning at Notting Hill. We haven’t been there and we heard it’s really an interesting place especially on weekends. The busiest days there are Fridays and Saturdays and they usually line Portobello Road with dozens of stalls selling everything from fruits and vegetables to antiques and unique souvenirs. But it’s Sunday when we went and although it was less busy, it was not short of interesting. 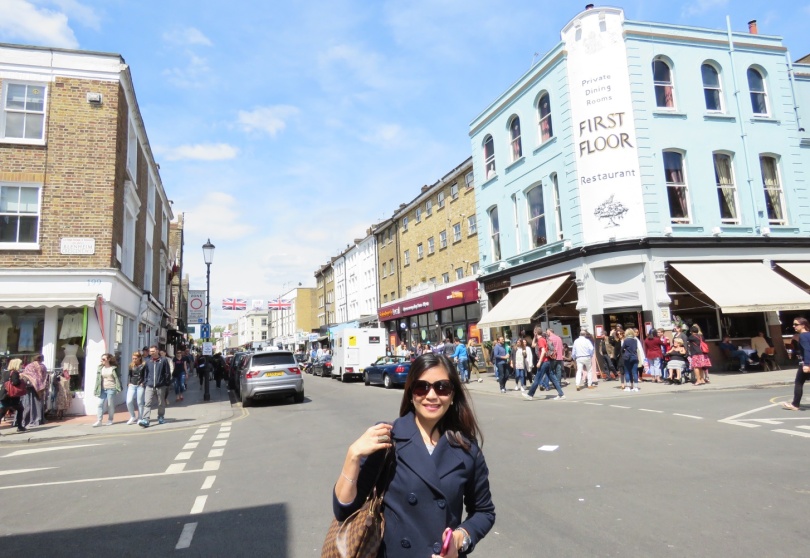 In one of the shops we found interesting pieces of jewellery. I bought a nice antique-looking bracelet for myself, and Euben bought me what he called a ‘gladiator’ ring. It’s big and flat it looked like a gladiator’s shield.  We also called it our engagement ring since we never had one before.

We went inside many shops, scanned through old vinyl records and looked silly trying out John Lennon look-alike glasses. It was a funny Sunday morning and it reminded me of our little dates when we were just twenty-something… 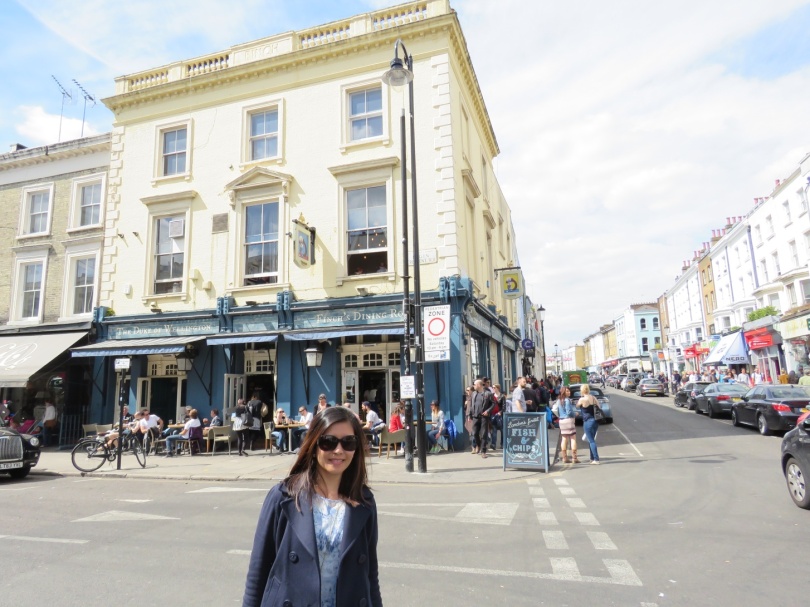 There were also a lot of restaurants and pubs in the area. And for lunch we went to The Dutch of Wellington, a pub right at the heart of Portobello Road. 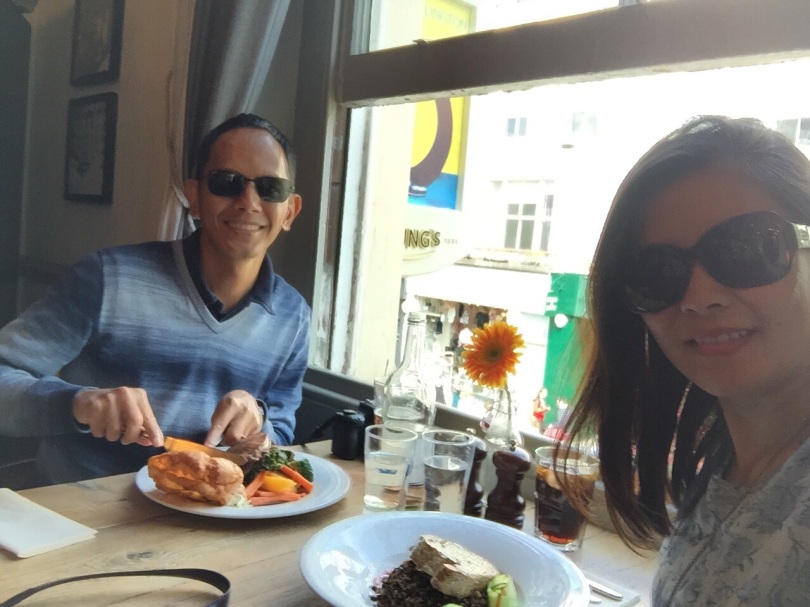 In the afternoon we headed to Tower of London. I’ve read many interesting things about it, although mostly bloody and barbaric. The tower served many purposes in the past but what stuck with me was that it was a high-profile prison and a place where some royalties were beheaded. 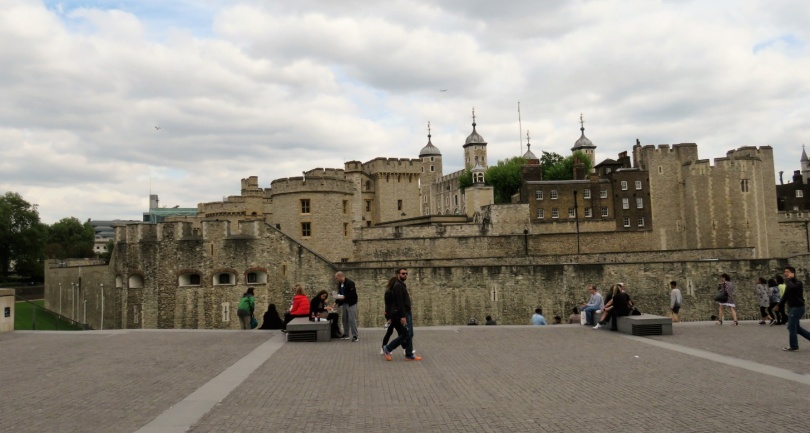 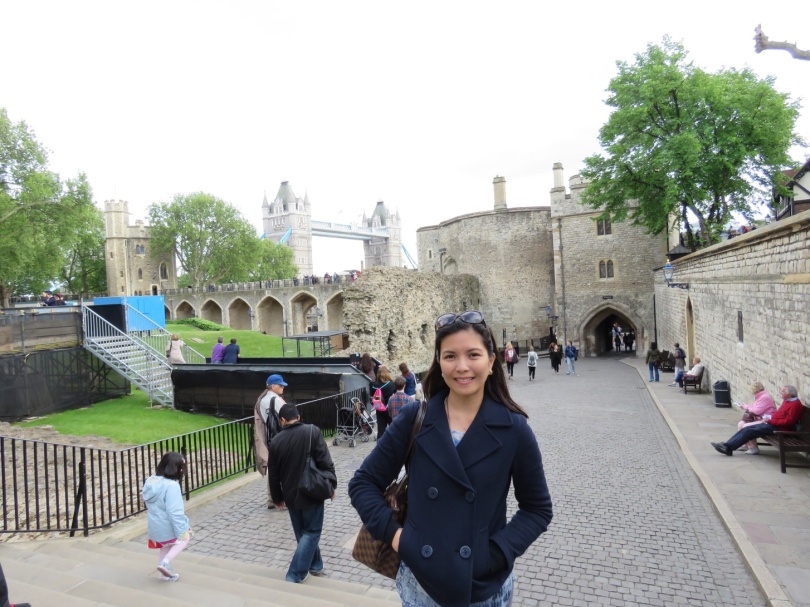 The tower was along River Thames and just near the Tower Bridge. 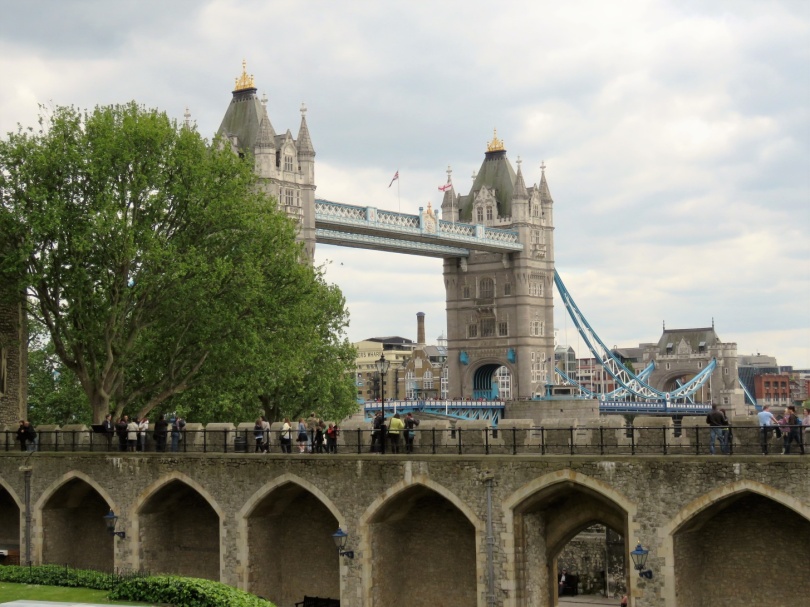 This was the square where the beheadings took place. 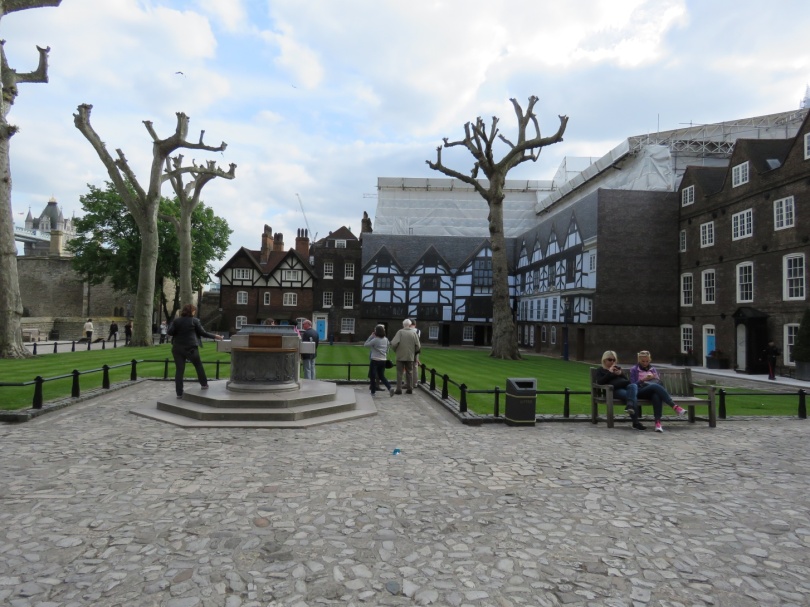 Three English queens were beheaded right here. Anne Boleyn (1536) and Catherine Howard (1542), were sentenced to death by their husband, King Henry VIII and were beheaded in the Tower of London.  Lady Jane Grey, England’s Queen for 9 days, was also beheaded there.

It feels quite eerie reading the inscription. 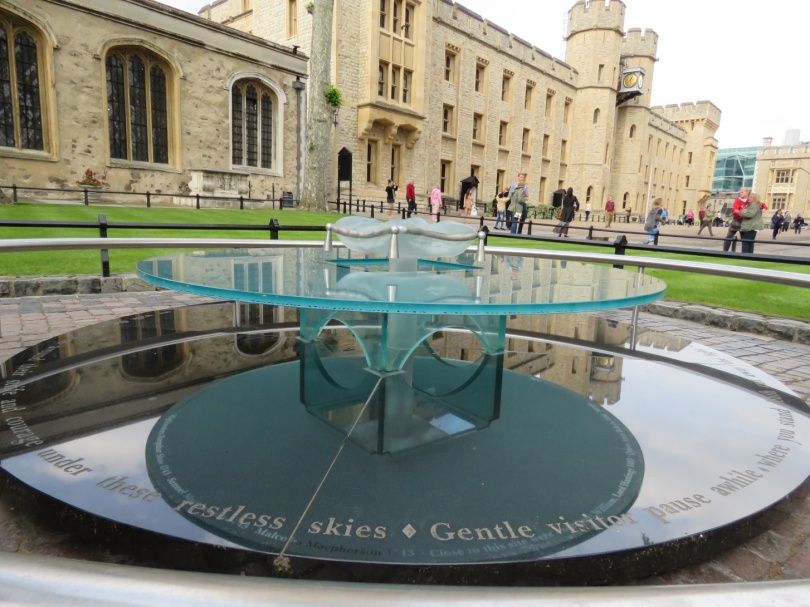 “Gentle visitor pause a while, where you stand death cut away the light of many days.  Here jeweled names were broken from the vivid thread of life.  May they rest in peace while we walk the generations around their strife and courage under these restless skies.” 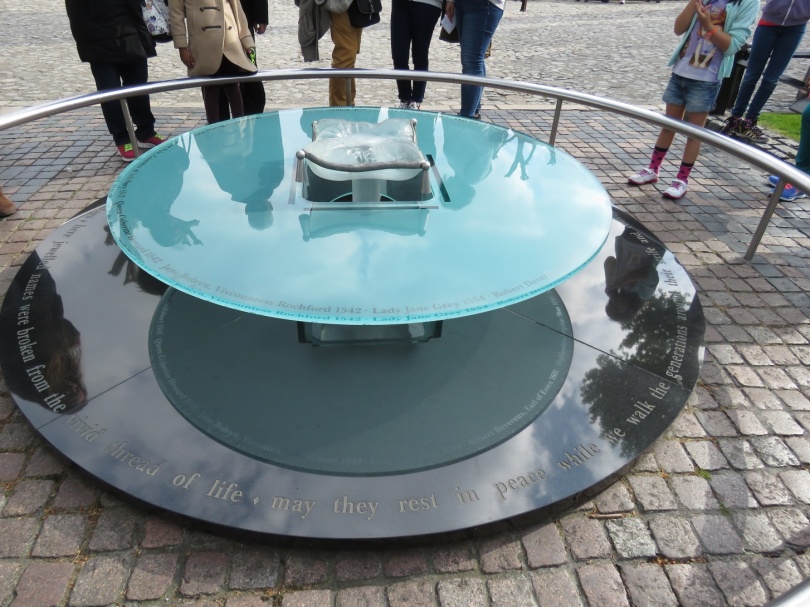 Tower of London has a few towers. Inside The White Tower was the Royal Armouries collection.

Dozens of body armour were on display. 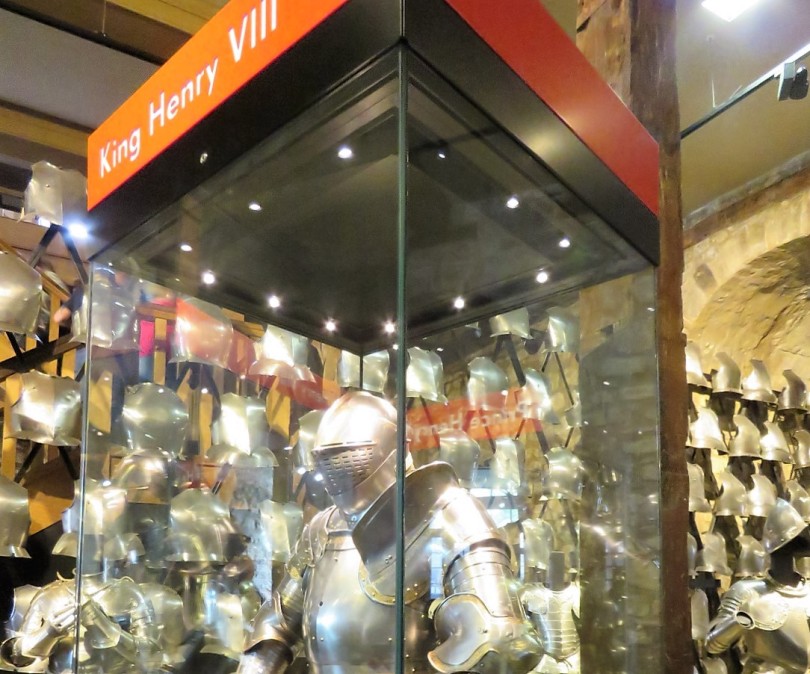 I think the most famous tower was The Martin Tower which houses the Britsh Monarch’s Crown Jewels.  One can tell from the queue. 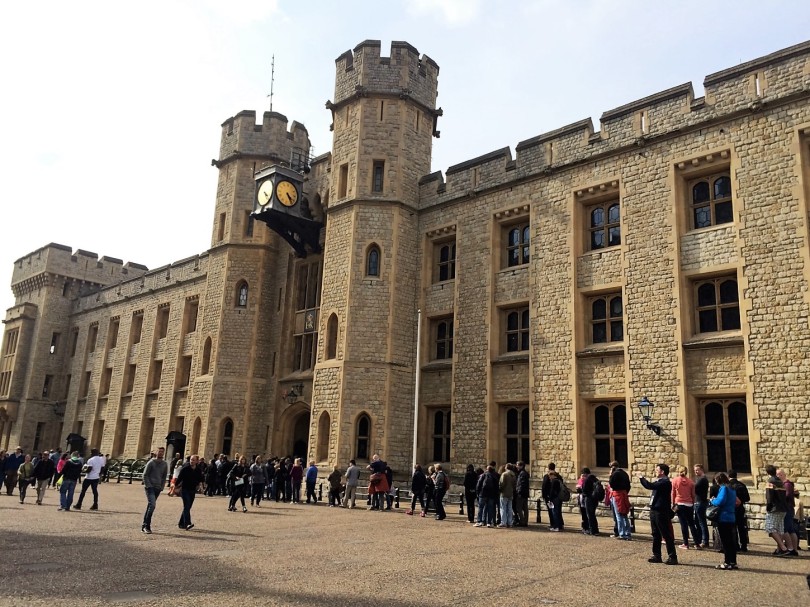 Picture taking was not allowed but I tell you, they’ve got the biggest and brightest diamonds inside! The rubies and sapphires were ginormous!

Queen Elizebeth II still regularly uses the jewels in the collection, like The Imperial State Crown (1937).

But it’s The Queen Elizabeth The Queen Mother’s Crown that has stolen the limelight recently. 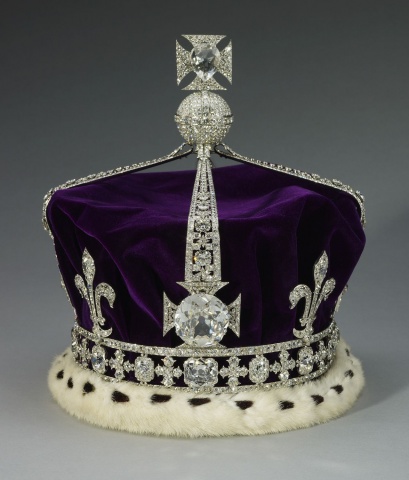 It holds the Koh-i-Nûr diamond, a 105.6 carat colourless diamond, which the Indians believe should be returned to them since it once belonged to their ancestors.

And look at this!

It’s the Sovereign’s Sceptre with Cross (1661) which holds Cullinan I, the bling of all blings. It felt surreal standing in front this 530.2 carat diamond and all the other jewels in the vault.

These priceless jewels were unparalleled in beauty, size and also in history. They hold stories of battles, greed, greatness, and in the case of King Henry VIII, beheadings.

We were lucky to get to learn so much history this afternoon. Three hours was not enough to see everything though and so Tower of London will definitely be in our itinerary again when we visit London with the kids next time.

Euben and I went back to Langham Hotel to get our luggage and after that headed to Heathrow to take our flight back home, to our kids who must be waiting for us already. It was just for a week but it was a nice just-the-two-of-us holiday.  It was a good short break from our kids, definitely a good reminder of the fun and adventurous couple that we are.

I wonder where our next holiday will take us.  But it doesn’t matter, as long as we find time to spend together, anywhere will be just as nice.