Short and Sweet. Euben and I, in London for a week.

The last time we went on a just-the-two-of-us trip was in 2012 when we watched Australian Open in Melbourne. So we thought perhaps it’s about time to do it again.

After half an hour of decision-making (a little faster than buying a pair of jeans) and a 2-day rush visa application, I was off on a red-eye flight on May 7 heading to Heathrow. Euben was going to follow in London on May 11 after his Paris meetings.  I’m flying earlier so that I can also spend time with ate (my sister) in London.

I haven’t seen ate and her hubby, kuya Bong, since we last visited them in 2011.   And then there was Anton whom I haven’t met since he was born in 2013 and of course I miss my all-grown-up niece, Kim.

Ate and her family live in Sidcup, Kent, a peaceful, pretty suburb southeast of London. It sounds far but really it was just 30 mins away from the city.  Anton immediately warmed up to me and so in no time we were off to the city for some lunch and sightseeing.

After a lunch of pasta and bread (carbo loading!), we headed to Kensington Gardens.

We then walked to St James’s Park, which I found lovely.  It had a nice view of the London Eye, with lots of flowers and squirrels, and a pond with countless ducks.

The following day, ate, Kim, Anton and I strolled along the Thames River. Our first stop was around St. Paul’s Cathedral for some sushi lunch.

After lunch we crossed the Millennium Bridge, a pedestrian bridge that links the church to Tate Modern and Shakespeare Globe. 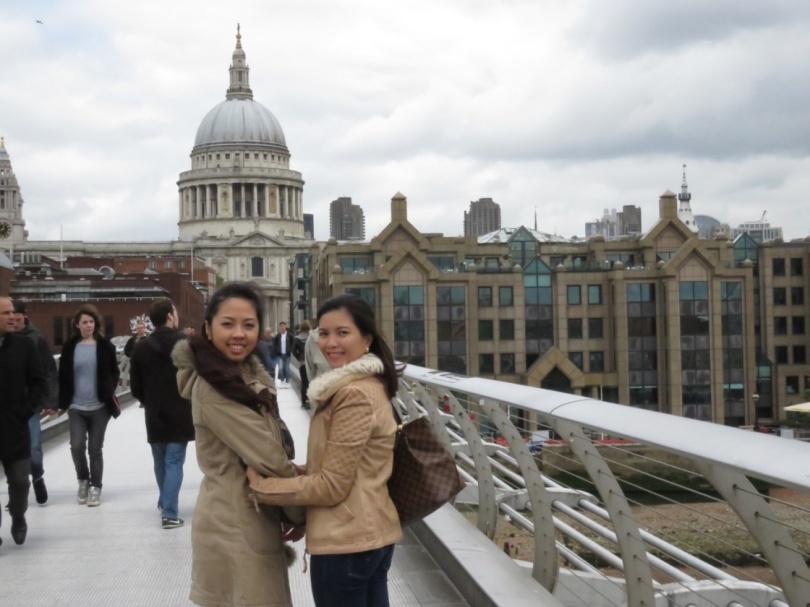 In the afternoon we headed to Trafalgar Square and Leicester Square to check out tickets for London musicals.

And to China Town because Kim was craving for Chinese (ahem!) snacks.

On my third day in London, we visited Hampton Court. I like visiting palaces and castles and so I really enjoyed this day.  Hampton Court was said to be King Henry VIII’s favourite palace. This Henry was the king notoriously known for having either beheaded or divorced his 6 wives.

This was at the palace’s Great Hall. 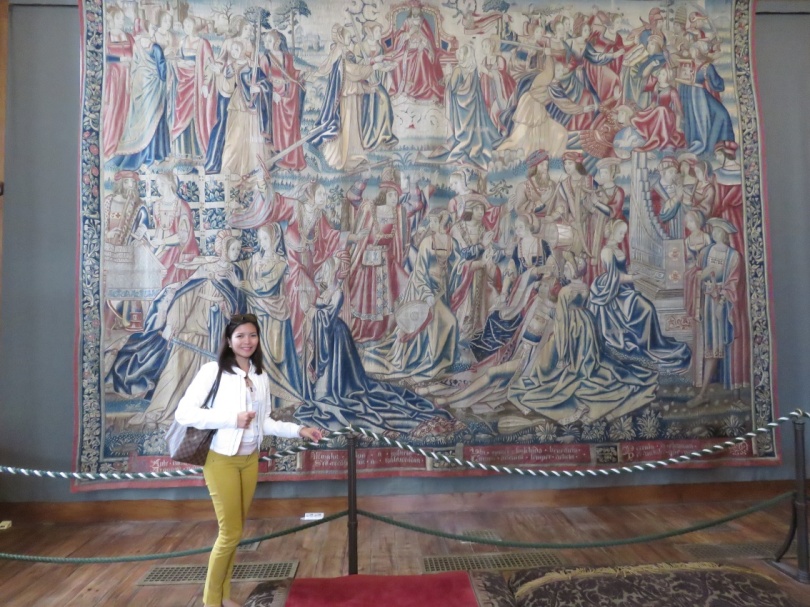 These were some shots taken at the gardens that the palace is also known for. 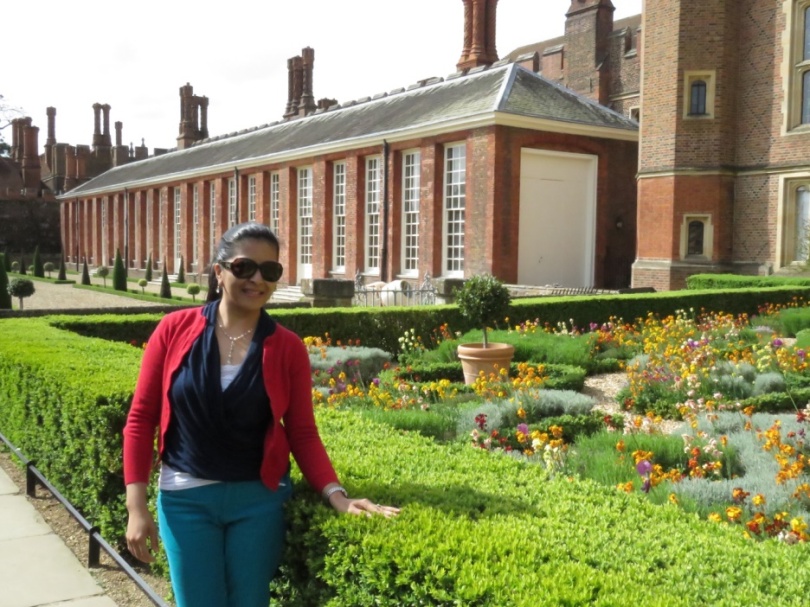 Back in London we met up with our tita Sonia and her family. Edselson and Azelle were all grown up.  And tito Edsel and tita Sonia looked even younger than the last time I saw them. 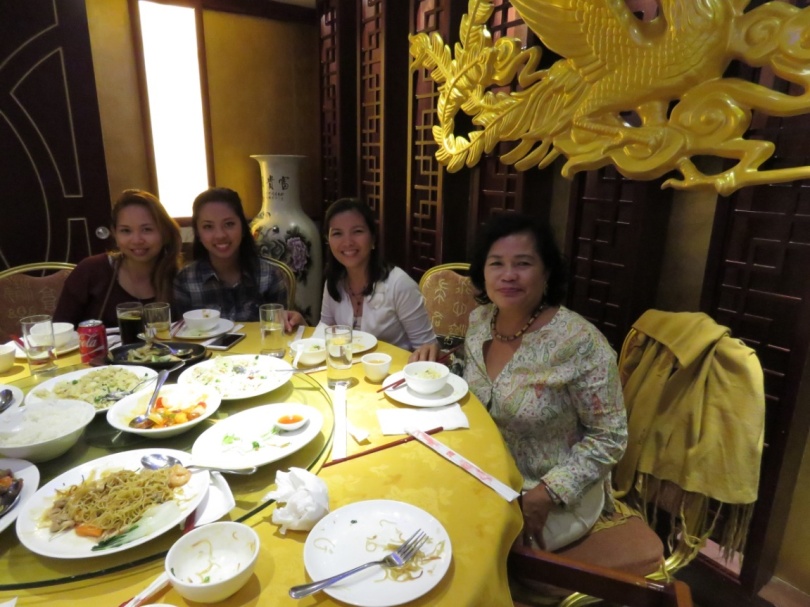 We had dinner at China Town. And although short, our get-together felt really nice.

The following day we visited Leeds Castle.  Will post the next entry soon!